IS Underwater Surveillance and Tactical Training Simulator is designed for underwater surveillance training and for tactical operations.

The training simulator can be used to train underwater surveillance operators to enhance their real life skills in:

In addition to operator training the simulator can be used to train Command, Control and Communications between the Control Room and patrolling vessels. Surveillance Operators in Control Room detect targets and guide patrol fleet to the range. Students operating simulated patrol boats use their active SONAR, Radar and visuals to detect the target, and finally use their weapons if necessary. Radio communication between the Control Room and the boats is rehearsed intensively.

The system also features IS Ship Editor, a software module for creating and editing ship sounds and other ship properties. This enables the instructor to develop a library of underwater sounds of different submarine engines, their gearboxes and propulsion systems. 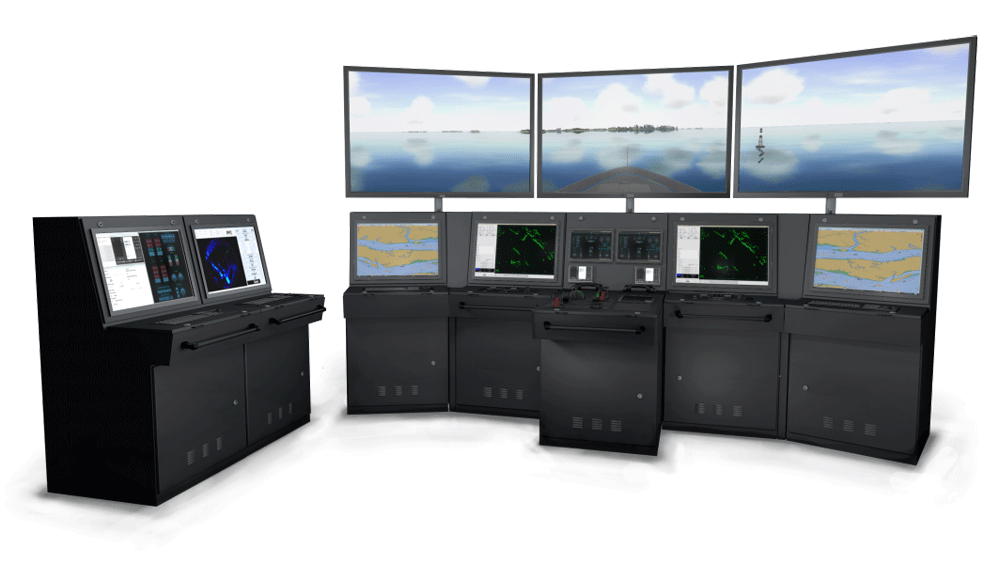 This website uses cookies to improve your experience while you navigate through the website. Out of these, the cookies that are categorized as necessary are stored on your browser as they are essential for the working of basic functionalities of the website. We also use third-party cookies that help us analyze and understand how you use this website. These cookies will be stored in your browser only with your consent. You also have the option to opt-out of these cookies. But opting out of some of these cookies may affect your browsing experience.
Necessary Always Enabled
Necessary cookies are absolutely essential for the website to function properly. These cookies ensure basic functionalities and security features of the website, anonymously.
Functional
Functional cookies help to perform certain functionalities like sharing the content of the website on social media platforms, collect feedbacks, and other third-party features.
Performance
Performance cookies are used to understand and analyze the key performance indexes of the website which helps in delivering a better user experience for the visitors.
Analytics
Analytical cookies are used to understand how visitors interact with the website. These cookies help provide information on metrics the number of visitors, bounce rate, traffic source, etc.
SAVE & ACCEPT
Powered by